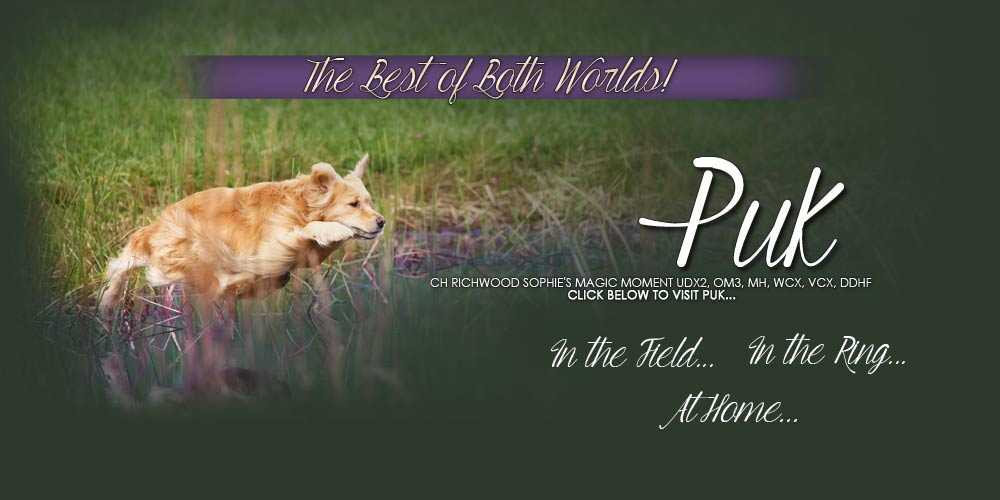 PUK QUALIFIED FOR THE 2018 MASTER NATIONAL

AND FOR THE MASTER AMATEUR INVITATIONAL 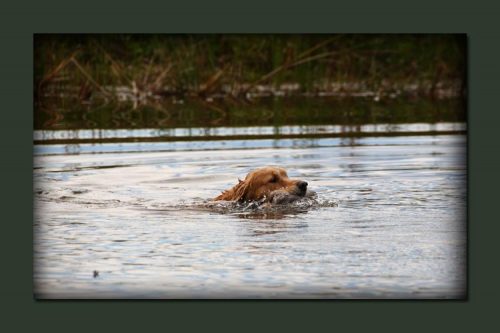 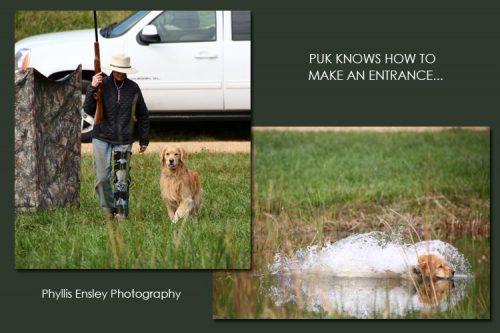 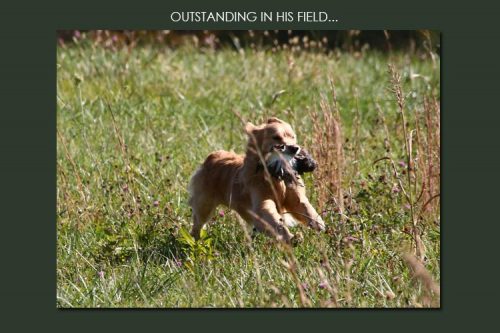 The first thing to say about field is that in December, 2011, when he was only a year and a half old Puk earned his first field title, the WC, which is a GRCA title. Also on that day he was awarded the Faye Simpson Award, of the Mid-Florida Golden Retriever Club, for the dog who most exemplifies the attributes of a Golden Retriever: a keen ability to work in the field and a loyal attachment to his/her owner. This award was given to Puk by Judge Macy Swift who was the first person to recognize Puk’s skills in the field.  The award is given each year in memory of Faye Simpson who was an active and loyal member of the club for decades. Also notable about this award is that Judge Swift chose Puk for this award over all the more-advanced dogs who had qualified for the WCX on that day. The website showing Puk’s accomplishment of the title and his earning the award is here:

Puk won the Gilnockie-Goldenloe trophy from the Mile High Golden Retriever Club for 2015.  This is a traveling trophy that has been with the club for 40 years.  It is awarded to the dog who gets a regular obedience title and a field title and a breed major all in the same year.
In 2015 Puk finished his UDX in January, his MH in March, and won his first major in September.
He was also been awarded the VCX title by the GRCA. 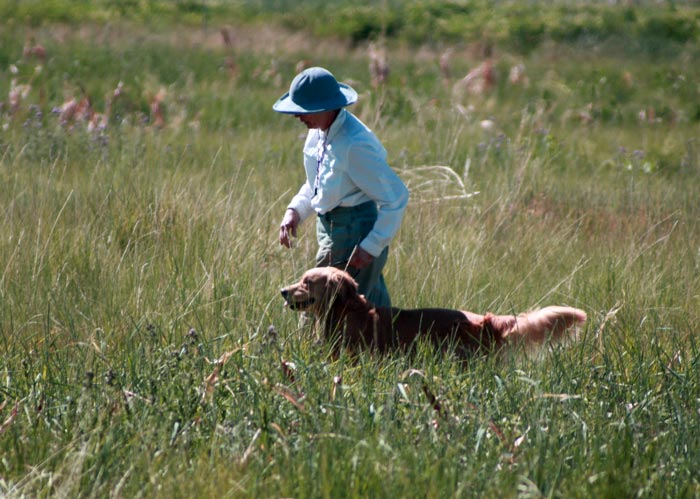